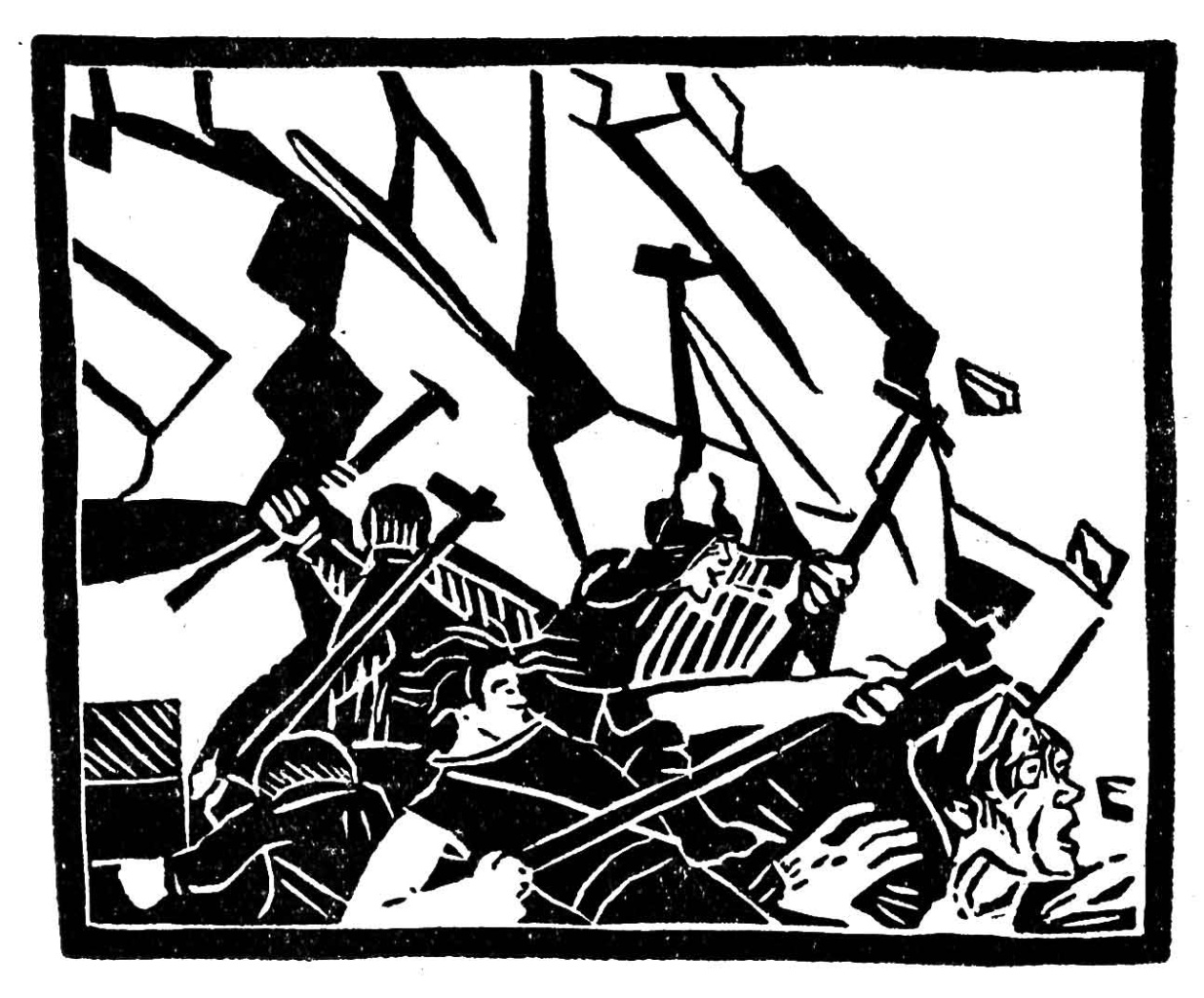 Rivke Berge (Polish: Rywka, also known as Rebeka [Rebecca], Róża [Rose], Roma), born in Lublin on June 20th, 1911, and died in Lublin or in Bełżec in 1942; was a Lublin-born artist and art teacher in the Lublin secular Yiddish-speaking Y.L. Peretz School.

Berger was born into an indigent Jewish family living at 1 Mostowa Street (located in the middle of the Podzamcze district, an area known as the Jewish district in Lublin). Her father, Yankl (Yankev) Berger, was a shoemaker born in nearby Łęczna. Rivke Berger’s mother, Sura Łaja née Glatsztejn, was closely related to the famous Lublin-born American poet Jacob Glatstein (her father, Wolf Glatsztejn, was Glatstein’s uncle, and her mother, Bina Pesa née Jungman, was the sister of Glatstein’s grandfather on his mother’s side—thus, the poet and the artist shared a pair of great-grandparents, and Glatstein’s grandparents from his father’s side were also Rivke Berger’s great-grandparents).

Little is know about Rivke Berger’s education. She probably studied art at the Lublin Ludwika Mehofferowa school, and, subsequently, at the Kraków Academy of Fine Arts. In the early 1930’s she withdrew from the academy and returned to Lublin, where she had been offered a position as an art teacher in the Y.L. Peretz School. According to Josef Sandel, an art historian famous for his Umgekumene yidishe kinstler in Poyln (Jewish Artists in Poland Who Perished; Warsaw, 1957), “she loved her work at the school and the children she taught. She was delighted with the primitive children's works and strongly believed that many of them were very talented. She often recalled her own childhood years and her first steps as an artist. She hoped that the future would be different, believed in the achievements of the working class and hoped for a better future for her students” (Sandel, Umgekumene…, p. 72).

The art of Berger was likely lost during the Second World War. It is known only partially through reproductions which were printed in the pre-war Yiddish and Polish-language press, primarily in “Vokhnshrift far literatur, kunst un kultur” (Weekly for Literature, Art and Culture) which begun publishing her woodcuts and linocuts in July 1933. Max Geler, an art critic affiliated with “Vokhnshrift” wrote: “Rivke Berger is an artist with a sharp eye and a subtle soul. In crumbling houses, crooked huts located in old and narrow Lublin alleyways depicted in her works, one feels not only the proficient hand and the sharp eye of an artist but also a romantic and artistic sense which pierces the style of old houses and specific architecture with particular affection” (Geler, “Vokhnshrift…,” No 44, 11/17/1933). The abovementioned Sandel added: “Berger used to depict life in movement, in action, and such themes interested her most. […] She expressed herself best in woodcuts, in black and white. From these cold colors she managed to extract thousands of moods, a full range of feelings. Her woodcuts depicted dynamic scenes. One of them, titled ‘Autodafe’, was an allusion to the burning of humanistic works of literature written by Jews in Germany. […] Her woodcuts were dynamic, clearly depicting the then tense political relations in Poland and abroad (Sandel, Umgekumene…, pp. 72-73).

Reproductions of her woodcuts can be found in other Polish newspapers: Yiddish-language periodicals “Folkstsaytung,” “Unzer Express,” and Polish-language “Robotnik,” “Opinia,” and “Lektura.” Berger was also an oil painter, a proficient sketcher and an ink painter (none of her paintings or sketches have survived). She focused on depicting the architecture of the Jewish district in Lublin, motifs from modern Jewish literature (she illustrated various stories by Peretz and Sholem Aleichem), social themes (poverty, workers’ movements) and also created a cover for a poetry collection by Josef Hernhut, a Lublin-born poet and journalist. Sandel noted that in 1936 Berger traveled to the Tatra Mountains where she met Gorale (Tatra highlanders), and developed an interest in their folklore. Afterwards she created an “artistic reportage” about the highlanders’ lives, unfortunately, like most other of her works, presumably lost.

During the German occupation Berger worked at CENTOS (The Federation of Associations for the Care of Orphans). She was likely murdered during the early stage of the liquidation of the Lublin Ghetto in 1942 at the age of 31.

For the English summary please visit the following link: About Rivke Berger