×Some parts of this page may be not fully translated. You can use Google Translate to translate missing fragments: 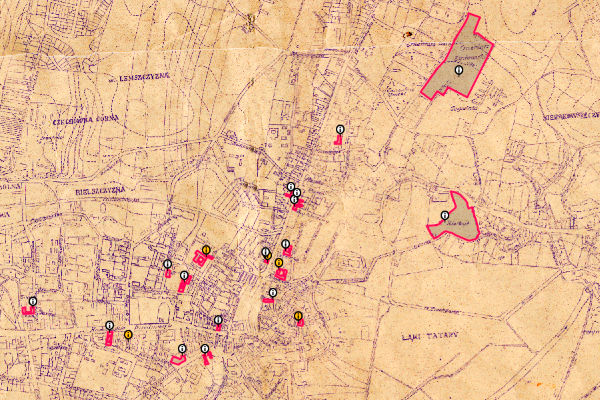 Social, political, and cultural life of the Lublin Jews between 1944 and 1950

This map shows the most important places connected with the life of the Lublin Jewish community after the city was "liberated" by the Red Army, as well as during the Stalinist times. 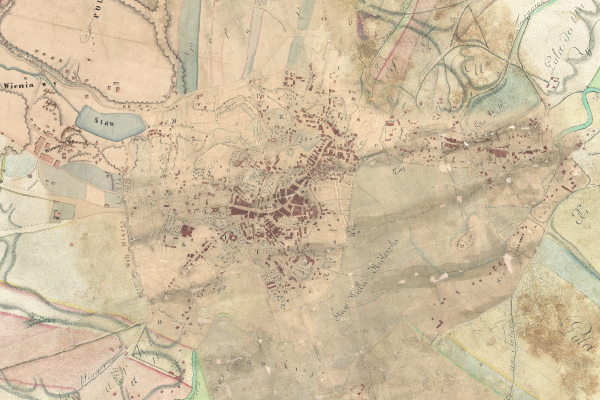 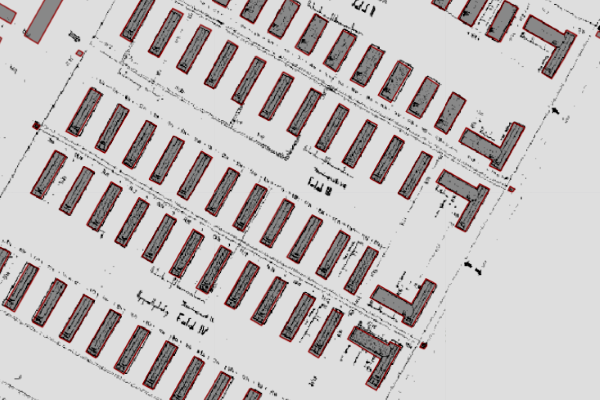 This map contains a detailed layout of the buildings situated within the boundaries of the camp at the peak of its operation. By clicking on the individual locations, you will see descriptive information about the type, purpose of the building, and “address” that was recorded in the camp registry. 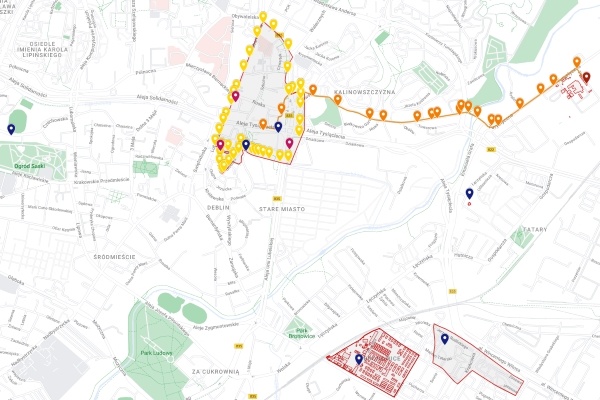 "Lublin. Memory of the Holocaust" Memory Trail is designed by the "Grodzka Gate – NN Theatre" Centre and prepared for the 75th anniversary of the commencement of Operation Reinhardt and the Liquidation of the Podzamcze Getto in Lublin. The idea for the Memory Trail has its origins in the recognised need to mark the sites connected to the Holocaust of the Lublin Jews in the public space of the city. Lublin, map of places related to the "Operation Reinhardt"

This interactive map provides information on the sites directly connected with the events that took place during “Operation Reinhard” each of them is marked with a Google marker. The map is based on pre-war maps of Lublin, unpublished German maps, and aerial photos from World War II. The map also includes detailed information about the Majdanek concentration camp [KL Lublin], which was instrumental during “Operation Reinhard”.

Lublin, first half of the 19th century 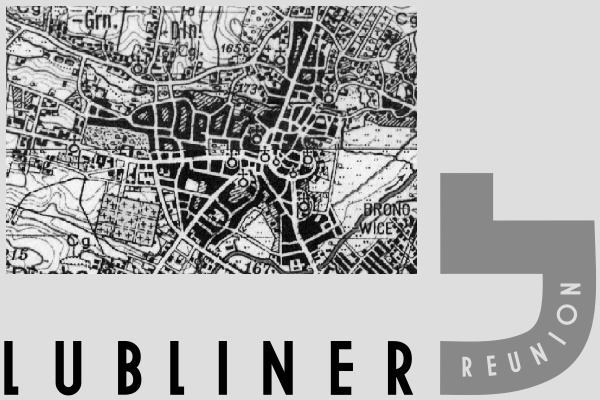 The Historical Lubliner Neighborhood Map shows Jewish families that settled in Lublin. The purpose of this map is to connect the past and the present and Lubliners to each other. This map provides Lubliners with a window into the neighbours of their ancestors! 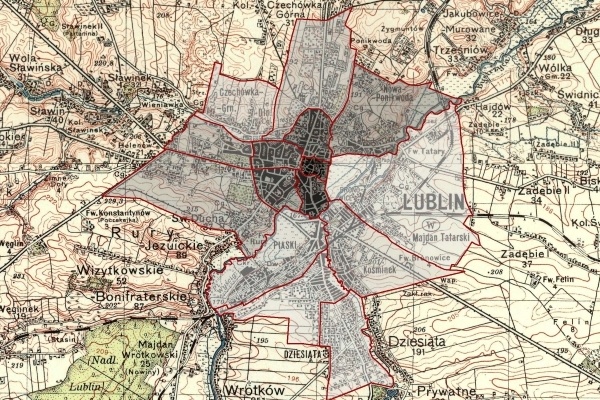 This is a map of Lublin's districts in the interwar period. It presents a proposal for delimiting the city area based on historical, geographical, and functional criteria. Ultimately, the map will contain 14 highlights redirecting users to more detailed maps. Map of the Lublin-Antwerp project

This map shows the various addresses of Lublin Jews living in Antwerp from the end of the 19th and first half of the 20th centuries. These addresses-places are part of the larger project named Lublin-Antwerp in which we try to follow and learn more about the individuals and families from Lublin during their stay in Antwerp. 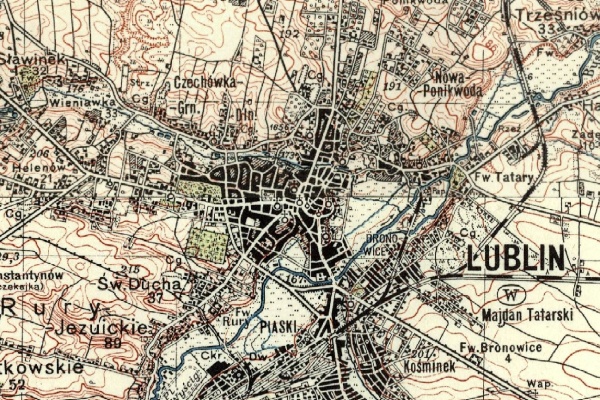 This is an interactive map of Lublin during the interwar period. Places marked on the map retain their original numbered addresses from the interwar period. There are subpages devoted to individual places (plots, buildings, address points) which are linked to databases of people, events, and sources documenting the life and history of the city’s residents.

The map shows the borders of the city of Lublin and Wieniawa, Czechowka, Kalinowszczyzna, Sierakowszczyzna, Piaski and Bronowice.
By clicking on a selected area, you will be redirected to a detailed map displaying places related to databases of people, events, and sources documenting the history of residents' lives. 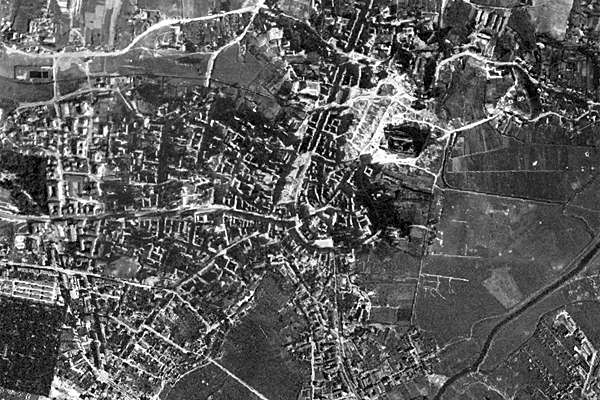 The 1944 orthophoto map of Lublin was compiled from a series of German aerial photos between May 28, 1944 and October 27, 1944, stored in the National Archives and Records Administration (NARA) in the USA (series 373-GXPRINTS). 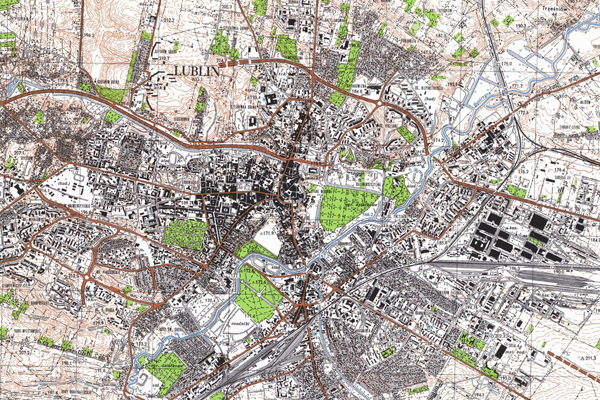 This is a map of Lublin in the 1970s and 1980s based on the topographic maps from the Head Office of Geodesy and Cartography prepared in the "1965" coordinate system. The Union of Lublin

This reconstruction of a Lublin Union period map of Lublin was made possible within an interdisciplinary project based on the expertise of Lublin researchers. Based on research documentation and scientific studies, the experts have taken on creating a graphic representation of the buildings, water network, and the layout of roads and plots of land within the city. 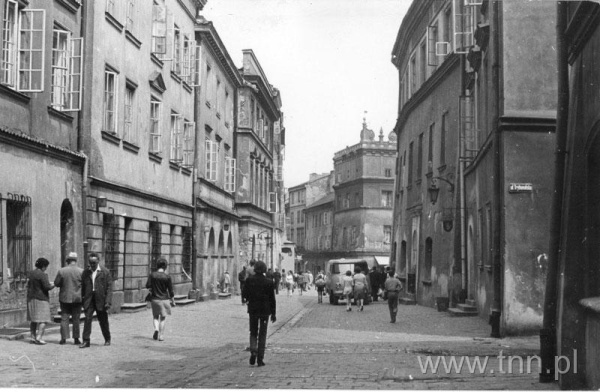 Bramowa Street was originally named Krakowska Street - already in the 16th century. Afterwards, the main route behind the Krakowska Gate (now Krakowskie Przedmieście) was given that name and the street leading to the Market Square was named Przyrynek.  The street was given its current name in the 19th century. The most important structure  here is the Krakowska Gate, which marks the end of the street. It was constructed after the Tatar invasion in 1341 as part of the city's defensive walls. 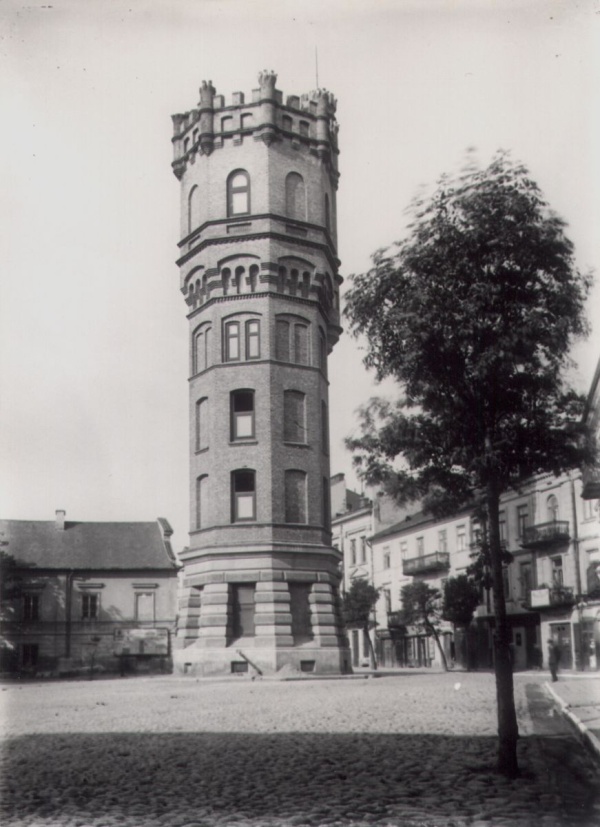 The Wolności Square (formerly known as the Bernardyński Square) is located in the center of Lublin, at the intersection of Narutowicza and Bernardyńska Streets. It was established at the junction of the former Kraków and Ruthenian routes, in the vicinity of the Bernardine church and monastery. In the 1820s, after some maintenance work in the former church cemetery and in the courtyard of the Tarłów Palace, a market square was created at the site of the present-day Wolności Square. The water tower was its most famous element; it was part of Adolf Weisblat's waterworks. The tower, built with machine-made bricks, had a Gothic form. It was damaged in the battles for Lublin in 1944. After the war the building was demolished.

In the second half of the 19th century, the construction of the Nadwiślańska railway line required transportation changes in Lublin. In 1876, a road was marked out, connecting Śródmieście with the railway station, which was located on the outskirts of the Piaski suburbs. The route ran from the bridge over Bystrzyca (former Bychawski Route) to the newly built railway station. Consequently,  Lublin gained new transit possibilities and the Vistula Railway line, opened in 1887, revived the Piaski suburb giving the new street, called Foksal, (Russian: Bokzal - railway station) an urban character.

Szeroka Street, also known as the Jewish Street, ran across the site of today's Castle Square, from Kowalska Street to Ruska Street. Szeroka Street was the center of the former Podzamcze Jewish district. It was probably mapped out already before 1564. Its fully brick-built architecture dates to the end of the 18th century. At the turn of the 20th century, the street already included two and three story tenement houses which were tall buildings for this part of the city. It was one of the few paved streets in the Jewish quarter.

Places in Antwerp
(from the "Lublin - Antwerp" Project)