We invite all those whose families are connected with our region to the “Lubliner Reunion 2023”, organised by the 'Grodzka Gate – NN Theatre' Centre.

We invite all those whose families are connected with our region to the “Lubliner Reunion 2023”, organised by the 'Grodzka Gate – NN Theatre' Centre.

In 2016, the Grodzka Gate - NN Theatre Centre started to acquire materials related to the emigration of Lublin Jews in the 19th and 20th centuries. We contacted institutions dealing with emigration history in various parts of the world looking for information about the major European ports of departure and destinations ports (mainly North America and South America). One of the most important European ports was Antwerp. The ships belonging to the Belgian-American maritime company Red Star Line departed from here. Knowing the existence of boarding lists containing emigrants' names, we wanted to learn more about the Jews from Lublin who set out on a journey of life. 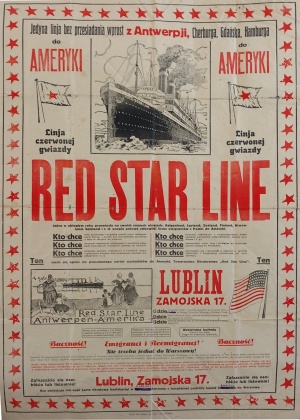 Through the Red Star Line Museum, we made contact with Jackie Schwarz, an Antwerp researcher who specializes in genealogy and has great insight into immigration records and other sources available in the Belgian archives. Unfortunately there was hardly any information in Antwerp on the immigrants having traveled to a new life on the Red Star LIne or CPR ( Canadian Pacific Railroad). Most of these emigrants did not remain in Antwerp long enough to be registered as foreigners by the police.

However, thanks to information from Jackie it became clear that the history of the Lublin Jews was not only an episode related to emigration to America, but also the phenomenon of a fairly large group of people settling down and working in Antwerp.

Surprisingly there were several hundred Lublin born Jews who settled and worked in Antwerp from the end of the 19th Century through 1930. The Felix Archives in Antwerp is the repository for a large number of documents pertaining to the history of the city. Police/Foreigner files containing detailed information on immigrants who resided in Antwerp are also to be found in its large collection.

A résumé was created for each Lubliner found to have had a file in Antwerp containing all relevant details with further information added, in some cases from the Kazerne Dossin in Mechelen and from the Memorial de la Shoah in Paris (online info). This was then shared with Małgorzata Miłkowska and Tadeusz Przystojecki at the Grodzka Gate NN in Lublin. Once the resumés of individuals had been received the next step was for them to reclaim their place in the history of their city of birth. At Grodzka Gate, additional research was done using the JRI-Poland database and all other available sources including tax records, books of residents, tenancy records and so on. A number of additional information, like addresses, professions, unknown family members was found. The addresses that have been found are mapped individually for Antwerp and for Lublin on 2 separate Google maps, which will be easily accessible. All of the information prepared in resumés will eventually become part of the database of Lubliners created by Grodzka Gate.

Lublin-Antwerp is an open and ongoing project. We expect to find links to descendants of “Antwerp Lubliners”. The wealth of information that has come out of this project will we hope also help family researchers in finding missing links to their family history. In some cases we have been able to contact descendants, using Facebook, online genealogical sites, through word of mouth, emailing and by simply picking up a phone and receiving a positive and a wonderful interaction between the family and our project.

Each person who was not a Belgian arriving in Antwerp (or in Belgium for that matter) and remaining for more than a few weeks, would have a police file opened in their name. These files usually contained: name and date of birth, family names of parents, occupation, marital status, timelines of arrivals and departures, passport and visa numbers, addresses in Antwerp and addresses listed as official residences outside of Belgium, anecdotes and images, in some cases an ID photograph. The files vary in size from one page to a few hundred. Much of the information is repetitive but these files have been of a great help in reconstruction of family history.

The Kazerne Dossin – Memorial, Museum and Documentation Centre on Holocaust and Human Rights is a museum in Mechelen, Belgium established next to the former Mechelen transit camp from which Belgian Jews and Romani were sent to concentration camps during the Holocaust in World War II (Wikipedia). Among other resources, one can find information on registered Jews after the German invasion, lists of deportation convoys and other personal details on deported persons including in many cases their images.

The Documentation Center offers the public and researchers a unique set of textual, iconographic and audiovisual resources. It houses a library with over 280,000 photographs and some 50,000 references, the archives (more than 30 million items) and the multimedia education center. There is also the possibility to research names and deportation lists online.

Ms. Inge Schoups, director of the Antwerp City Archives and the Felix Archives in Antwerp for their support and encouragement in the creation of this meaningful and important project between our 2 cities.
http://www.portofantwerp.com/en/felix-archive
https://www.antwerpen.be/nl/overzicht/felixarchief

Ms Dorien Styven, Research Assistant at Kazerne Dossin, for her invaluable efforts in helping us to follow the fate of some of our Lubliners during WWII.
https://www.kazernedossin.eu/EN/

Ms Lien Vloeberghs of the Red Star Line Museum for having been the initiator of this wonderful working relationship between the Grodzka Gate NN and Antwerp.
http://www.redstarline.be/en

The materials gathered during the research are transcribed and imported into the advanced database consisting of 4 main core modules:

All these modules are interconnected giving the possibility to organize detailed informations about each documented individual in context of place and time. 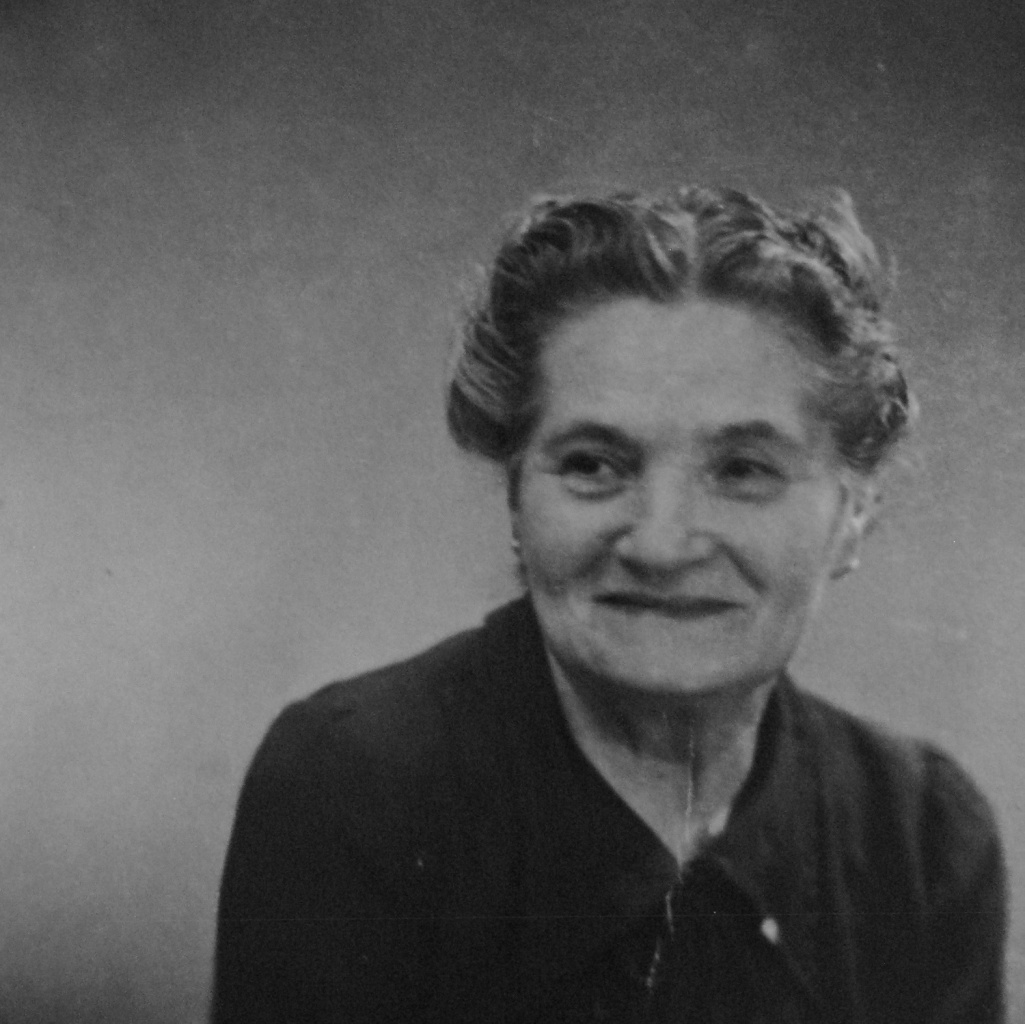 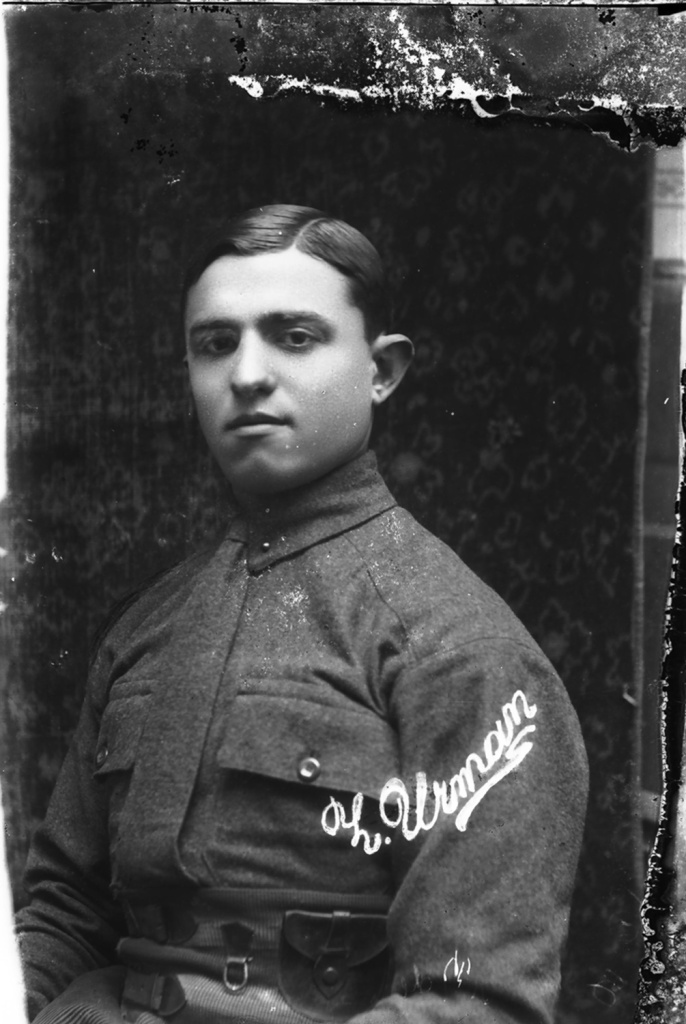