During the night of March 16-17, 1942, as part of a Nazi operation, the liquidation of the Podzamcze ghetto in Lublin began. It was then that the first transport of 1,400 Jews departed for the Bełżec death camp. By mid April 1942 more than 28,000 Jews were sent there. The date is considered to be the beginning of “Operation Reinhard” – the extermination of Jewish people in the territories of the General Government.

In 2022 the “Grodzka Gate – NN Theatre” Centre is planning a series of activities (artistic, educational and academic) designed to commemorate the 80th anniversary of the beginning of “Operation Reinhard”. Particular significance will be given to the Mystery of Memory: Following the Traces of “Operation Reinhard”. Grieving. The organization of the Mystery will be the most important event in the history of the Grodzka Gate Centre which is also celebrating its 30th anniversary this year. We have had to come a long way in order to arrive at this point…

The Mystery of Light and Darkness. A Commemoration of the liquidation of the Lublin ghetto in PodzamczeBezpośredni odnośnik do tego akapitu

Due to restrictions, we can only invite 30 people to attend the event in the Black Hall. People will be let in in the order in which they arrived. You may also participate in the event online.

The Mystery will be streamed on the Grodzka Gate YouTube channel at https://www.youtube.com/c/BramaGrodzkaTeatrNN

The Mystery of Light and Darkness

On the night of March 16, 1942 the German occupation forces began the liquidation of the Lublin ghetto in Podzamcze. On that night the first group of 1400 inhabitants of Podzamcze were deported to the death camp in Bełżec. By mid-April 1942 more than 28,000 Jewish men, women and children were sent to Bełżec. The 16th of March is considered to be the beginning of the Operation Reinhard, the German plan to exterminate the Polish Jews in the territory of the General Government.

In order to commemorate Lublin’s victims of the Shoah, every year since 2002, the Grodzka Gate–NN Theatre Centre in Lublin has organized the Mystery of Light and Darkness on March 16th. It begins in the evening at the Grodzka Gate with the reading of the list of names of Jews who were imprisoned in the ghetto at Majdan Tatarski in Lublin in 1942.

Each year the event ends with a symbolic turning off the lights in Podzamcze, the area of the former Jewish district. Only one light remains illuminated in the darkness. It is the last surviving lamp from the Jewish town. On the other side of Grodzka Gate, in the Old Town, which was once a Christian district, the lights are still on. On either side of the Grodzka Gate, two symbolic spaces are created—one of light and one of darkness.

The event will be preceded by educational activities addressed to pupils in Lublin and its vicinity. A detailed educational offer will be sent directly to schools.

The March of Memory: A walk along the memory trail Lublin. Memory of the HolocaustBezpośredni odnośnik do tego akapitu

Place: The site of the Maharshal Synagogue, Tysiąclecia Ave.

Brama Grodzka marked The Memorial Trail Lublin. Remembrance of the Holocaust with 21 concrete slabs with texts and metal bands in which letters of the Hebrew alphabet are cut out. The twenty-one slabs were installed along the route of the march of Jews to the ramp. The last one—the 22nd letter “taf” ת—was placed on the roof of the metal enclosure which is a part of the art installation Mis/Remembrance of the Place located at the Umschlagplatz memorial site (Zimna Street). From this place, between March 17 and April 14, 1942, as a part of Operation Reinhard, the German occupation forces deported almost 28 thousand children, women and men to the death camp in Belzec.

The March of Memory will conclude with the unveiling of plaques dedicated to the towns in the Lublin region from where the German occupation forces deported Jews during Operation Reinhard. The plaques are part of the Mis/Remembrance of the Place art installation.

Ecumenical service led by Archbishop Stanisław Budzik, with the participation of representatives of other religious confessions.

Place: March of Memory commences at Grodzka St. 11, near the building of the former Jewish Orphanage, lasts about 50 and ends at the site where Jewish children were executed

During the liquidation of the ghetto in Podzamcze, in March 1942, about one hundred children from the Jewish orphanage at 11 Grodzka Street were taken away on trucks by the German security police to a closed sand mine in the Tatary district, where they were shot. Three caretakers were also killed then: Anna Taubenfeld, Chana Kuperberg and Miss Rechtman, who did not want to leave the children.

On the 80th anniversary of the liquidation of the orphanage, the "Grodzka Gate-NN Theater" Center invites Lublin residents to commemorate these innocent victims of the Shoah by participating in the March of Memory.

In connection with the Holocaust Remembrance Day, the Grodzka Gate–NN Theatre Centre in Lublin invites you to a joint artistic and educational event entitled Letters to Henio. Adults and young people write letters to Henio Zytomirski, a Jewish boy from Lublin, who died during the war. The aim of this event is to inform the inhabitants of the town, especially pupils from Lublin schools, about the extermination of Lublin’s Jews through the fate of one child. Writing a letter is an individual act of remembrance.

When World War II broke out, Henio Żytomirski was 6 years old. In the spring of 1941 the boy and his family had to move from their apartment on Szewska Street 3 to the ghetto. A year later, the liquidation of the ghetto began and Henio shared the fate of thousands of Lublin Jews.

9:30 am - 4:30 pm: At the Information Center in Grodzka Gate you will be able to learn about the history of Henio Zytomirski, write a letter to him, and then drop it into the mailbox of NN Theater.

4:30 pm: A city walk in the footsteps of Henio Żytomirski. During the walk, we will visit places such as the tenement house at 11 Kowalska Street, where Henio lived after the establishment of the ghetto, and the family house at Szewska 3 Street. The walk will end at the place where the last photograph of Henio was taken in 1939, at 64 Krakowskie Przedmieście Street.

Educational offer for pupils and students from Lublin schools: workshops, a walk in Henio's footsteps, artistic and educational activities at 64 Krakowskie Przedmieście Street.

On the 80th anniversary of the Operation Reinhardt, Jerzy Kłoczowski Laboratory of the Institute of East-Central Europe („Grodzka Gate - NN Theater” Center), the Fortunoff Video Archive for Holocaust Testimonies (Yale University) and the German Historical Institute in Warsaw organize a conference discussing the various stages of the extermination of Jews in different parts of the General Government.

We would like to discuss the indirect extermination in ghettos, the functioning of labor camps for Jews, the preparations for and course of the Operation Reinhardt in various districts (including deportation actions in selected ghettos), death camps in Bełżec, Sobibór and Treblinka, and finally the third stage of the extermination from three perspectives: perpetrators, victims and bystanders. Politics and education about the Holocaust will also be discussed.

The conference will be broadcast on the Internet and recorded on video. Participation in the conference has been confirmed by, among others, Peter Black, Christopher Browning, Jan Grabowski, Andrzej Żbikowski.

The interdisciplinary seminar Telling / testimonies, metaphors—the fifth part of the series Circles of the Holocaust / Operation Reinhard—held as another meeting forming a series of seminars organized since 2018 on successive anniversaries of the Lublin events finalizing - literally and symbolically - the methodical extermination of Jews carried out as part of Operation Reinhard.

Seminar organizers: The Laboratory of the Anthropology of Words (The Grodzka Gate–NN Theatre Centre), the Konteksty. Polish Folk Art quarterly. (Institute of Art of the Polish Academy of Sciences), the Faculty of Humanities of the Pedagogical University in Kraków

The Mystery In the Traces of Operation Reinhard. MourningBezpośredni odnośnik do tego akapitu

The Mystery In the Traces of Operation Reinhard. Mourning  will begin on March 16, 2022 and continue (like the action itself) for 19 months. It will end on November 3-4, 2023, which is 80 years after the executioners shot 42,000 Jews as part of the so-called Operation Erntefest. In an ongoing Travelog, a daily segment of the story describing the events that took place during the Operation Reinhard will be released. It will consist of two main parts: the first part will be witnesses' accounts of what happened on a particular day, in a particular place, 80 years ago during the ongoing action. The second part will relate to the present day—it will be an account of how and whether the residents of each particular town remember those events and what they mean to them today.

Mr Krzysztof Żuk, Mayor of the City of Lublin 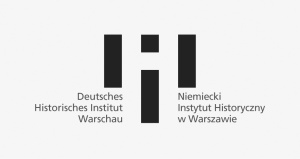