In European Graduates' Seminar "Teaching the Holocaust at Memorial Sites" will take part 28 participants from across Europe.

Anna-Karin Bergin (Sweden)
Anna-Karin Bergin is a social worker at an elementary school in Sweden. Following an increase in racism and xenophobia amongst the pupils, she piloted a special course on human rights for the older students. She has organized trips to Poland where the students visit several Holocaust memorial sites.

Aikaterini Chariopolitou (Greece)
Aikaterini Chariopolitou has taught English for ten years at primary and secondary schools in Greece. She is a doctoral student at Aristotle University of Thessaloniki and serves as the Head of the Public Relations Department at the Youth and Lifelong Learning Foundation of the Ministry of Education.

Danute Dūra (Latvia)
Danute Dūra is the Head of the Education Department at the Museum of the Occupation of Latvia. She graduated from the University of Latvia with an MA in History and has worked extensively in education. She is an active member of the Latvian History Teachers' Association and a EUROCLIO ambassador.

Nada Banjanin Duricic (Serbia)
Nada Duricic is a sociology teacher at the Railway Technical School in Belgrade, Serbia. Her research interests include child abuse in the family and gender-based violence. She has published several papers and is a member of the Association of Civic Education Teachers since its founding in 2006.

Alma Fiscella (Italy)
Alma Fiscella is a teacher of Italian and history in Basilicata, southern Italy. She graduated from the University of Salerno with a law degree and has a passion for Israeli and European Jewish history.

Gabriele Fischer (Germany)
Gabriele Fischer works at the Max Mannheimer Study Center in Dauchau, Germany, near the memorial site to the concentration camp. In this capacity, she contributes to the development of workshops and educational materials. She is currently studying towards a PhD in Sociology.

Maguy Godart (Belgium)
I am graduated from the University of Liège, Belgium, I teach English and German in a secondary school and speak about the "Shoah" in my English or German courses. I teach 15 to 18/20 year-old pupils. This year I asked my pupils in the 6th form to prepare a file about the ‘Passing on of the Memory’ for the final oral. I've already attended seminars at Yad Vashem, Israel, at Tirana, Albania, and visited several memorial sites among which Malines and Breendonk in Belgium and some camps in Poland( Auschwitz, Madjanek). I live in the south of Belgium, in a region which is supposed to be warmer than the rest of the country - this is however nothing compared to the temperatures in Italy, Croatia …and the rest of the Mediterranean countries. In Belgium, there are 3 communities and we speak either French, Flemish (Dutch) or German. I speak French. I have always been interested in human rights and in the fact that people should respect each other, in history, in travelling and in meeting new persons and getting to know them in their difference. I am married and have 4 children aged between 18 and 26.

Dimitris Goulis (Greece)
Dimitris Goulis is the Principal of the 67th Primary School of Thessaloniki, Greece. He taught courses on children's literature in the Department of Education at Aristotle University in Thessaloniki and has been deeply involved in writing educational books for Greek-speakers living in Albania.

Boris Hajdinjak (Slovenia)
Boris Hajdinjak is a teacher in Maribor, Slovenia. He graduated with a degree in history and geography from the Faculty of Arts at the University of Ljubljana. He has published several articles on medieval Slovenia and assisted in preparing the Slovenian version of the Simon Wiesenthal Center's exhibition The Courage to Remember: The Holocaust 1933-1945.

Rita Juskeviciene (Lithuania)
Rita Juskeviciene is the Deputy Director and Coordinator of the Tolerance Education Center at the Vaizgantas Progymnasium in Radviliškis, Lithuania. She has participated in multiple seminars on the Holocaust in Israel, the United States, Poland and Lithuania.

Ľubomíra Krempaská (Slovakia)
Ľubomíra Krempaská has taught English, German and Russian at a secondary vocational school in Svit, Slovakia, since 1980. She has a deep interest in the history of World War II, the Holocaust, Jewish culture and architecture.

Andrzej Kujawski (Poland)
Andrzej Kujawski teaches English and Russian at The Junior High School in Skulsk, Poland, as well as courses on American culture and European integration at the State School of Higher Professional Education in Konin. He was an Alfred Lerner Fellow at Columbia University in New York and is writing his PhD thesis on antisemitism in Europe.

Adele Valeria Messina (Italy)
Adele Messina earned her Ph. D in Politics, Society and Culture at the University of Calabria in Italy. She would like to learn Hebrew to develop and aid her research on the Holocaust and Genocide Studies.

Raymond Mitchell (United Kingdom)
Ray Mitchell lives and teaches near Cambridge, UK. He holds a bachelor’s degree in theology and history and an MA in history. He has studied in numerous university modules on the Holocaust as well as undergone training provided by Yad Vashem and the Holocaust Educational Trust (HET). His research interests include memorials and the idea of "remembering to remember."

Ilaria Noci (Italy)
Ilaria Noci was born in Florence in 1969. Although originally from Tuscany, Ilaria grew up in Southern Italy, where her parents had moved to for work. She studied foreign languages and literature, specializing also in linguistics at the University of Vienna and it was here that she spent a period of ten years. Back in Italy in 2004 she started teaching Italian and History at the Istituto Tecnico Commerciale “Raetia” (now Istituto Tecnico Economico – Technical College of Economics) in Ortisei, Val Gardena, in the province of Bolzano, where she still works today. In September 2011 she attended, at Yad Vashem, a course about the Holocaust for Italian teachers . Returning to school, Ilaria was passionate about conveying what she had learnt at Yad Vashem to both her colleagues and students . She found her fellow colleagues Maria Teresa Mussner and Sonja Kammerlander were extremely receptive to the idea of implementing a project into the school curriculum that would raise the students’ awareness of the Holocaust. This resulted in the play “Back to life”. The students also, as a consequence took part in the competition “Young people commemorate the Holocaust”, which was organized by the Italian Ministry of Education.

Lilian Ohlsson (Sweden)
Lilian Ohlsson is a Swedish sociologist and has arranged educational trips to Poland and Norway since 1991. While coordinating the trips, she has worked extensively with teachers, students, clergy and lay people interested in the Holocaust. In cooperation with the Swedish Committee Against Antisemitism and the Forum of Living History, she has taken part in preparing seminars in schools at Karstad University.

Katarzyna Połujan (Polska)
Katarzyna Połujan is a teacher at a Polish elementary school. She graduated from the University of Wrocław with an MA in History. She has a keen interest in the history of Polish Jewry and the Holocaust. In 2012, she took part in a seminar called "Education & Remembrance: The Year of Janusz Korczak."

Mariusz Sokołowski (Poland)
Mariusz Sokołowski is a history teacher and volunteer at the University of Białystok Foundation and a tour guide in the Podlaskie Voivodeship, Poland. He is a member of the Friends of Jewish Culture Society and his interests include attempts to restore multicultural elements of Podlasie that were lost in collective memory.

Nadiia Ufimtseva (Ukraine)
Nadia Ufimtseva is the Manager of Cultural and Educational Programs at Hesed Besht, a charitable organization. She graduated from Kamianec-Podolsky State University with a BA in History and Pedagogy. She completed a Keter program on Judaica collections for museum experts as well as Yad Vashem's seminar for Ukrainian educators in 2012.

Gerd Wilpert (Germany)
Gerd Wilpert is the Principal of the St. Martin Realschule school in Sedenhorst, Germany. His school has established a regular exchange program with Hayovel Junior High School in Mevasseret Zion, Israel, including joint visits of Israeli and German pupils to memorial sites and joint preparations for Yom HaShoah ceremonies in Israel.

Camelia Elena Vulea (Romania)
Camelia Vulea teaches history at the Grigore Moisil High School in Deva, Romania. She has written many articles and published four books on the Greek Catholic Diocese of Haţeg in Transylvania, 1850-1918. She has graduated several training courses on pedagogy at attended Holocaust-education seminars in Poland and Israel.

Vódli Zsolt (Hungary)
Vódli Zsodt teaches history at the University of West Hungary's high school. He studied history and Hungarian grammar at the University of Miskolc and earned his MA in Media and Film from Eötvös Loránd University in 2009. He has organized several lectures and programs on the Holocaust, as well as study tours to memorial sites in Central Europe. 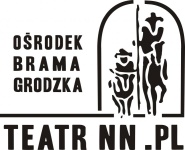